It’s easy to forget this, but it’s completely true. You have to remember that everything you do – and I mean everything; gigs, rehearsals, recording sessions, practice sessions, sight-reading, tone-tweaking, researching and studying – it ALL brings you closer and closer to your goal of being the best musician you can be. It’s easy to forget because in the moment we’re very focused on the task at hand (and not so much the big picture), but in retrospect you can see that the road that brought you where you are today is made up of a collection of some of the most tiniest events; many of them seemingly unimportant at the time.

I heard Reggie Hamilton once say that you’re always working on your craft. Always. It may be a crummy gig, maybe even $50 after all is said and done for a 3-hour nightclub set, and you’re thinking, “Man, that was a complete waste of time!” Ok, it certainly wasn’t worth the money, I can agree with that. But a complete waste of time? Probably not. You learned more than you’re realizing. If you’re really disappointed with the pay you might be learning that the current gigs you’re going after (or at least the ones you’re accepting) aren’t worth your while. Now you know to get more details before the gig, what the threshold is on which gigs you can accept, what venues are going to offer acceptable pay, or even which artists/bands you’re willing to play with (based on what they’re willing to accept in compensation). That’s a lot you just learned about the music biz from that one evening. Not bad eh?

How about what you learned in a musical context? Surely it wasn’t a COMPLETE waste because maybe you learned some new material (if it was cover tunes) that you can use later, or maybe you learned how fast you can get a new tune under your belt (how many listens did you need to do in order to get the set down, or how many rehearsals did it require to fully understand the new music). Maybe you learned some new bass lines or melodies or beats or chords that weren’t in your repertoire before this crappy $50 gig. Guess what? They are now 🙂

Maybe you learned how to deal with a rough crowd (I can guarantee that your days of playing to unappreciative crowds are FAR from being over), or how to play with a drummer who can’t keep time, or how to make the a sloppy guitarist sound better, or how to make the bass player sound better, or how to sing backup and play your instrument at the same time… Maybe you just had fun, and that was enough. Sometimes I forget how much fun my job can be, and that’s always a BIG reality check for me.

As you can see, no matter what you’re doing, you’re working on your craft; you’re honing your skills. It’s getting you closer and closer to being the musician you always dreamed you can be, no matter how small or unimportant it seems to you. I gave you an example based on a cruddy-paying gig, but I could have easily done the same for learning to read a Bach Invention, or touring with an artist whose music you don’t enjoy, or recording music, or anything else that you might think is “too small” to be important for your career. Believe me, it’s ALL important, and it’s ALL shaping you into who you are.

But here’s the thing: all of these seemingly unimportant instances have one thing in common, and it’s that they all involve YOU doing something. Throughout the course of my career I’ve learned that there is no standing still; there’s moving forwards and there’s falling backwards. If you stay still and don’t take gigs, don’t practice, don’t go to rehearsals, don’t make that record, don’t [fill in the blank] for whatever reason you deem acceptable, then you’re not growing. You’re sitting. And sometimes this is appropriate, obviously, but keep in mind you’re not going to get anywhere by sitting idle. If you don’t use it you will lose it; if you think you’re not moving anywhere you are – it’s backwards!

So I try to always be on the lookout for something new, something that I haven’t done before, some style of music I haven’t heard or don’t even like… It’s all going to expose me to new things that I don’t know yet, and that’s the whole point, isn’t it? You get to where you are by the things you do and the new things you learn. And, conversely, you also get to where you are by the things you DON’T do and the things you DON’T learn. Interesting, isn’t it? My advice is that you don’t miss out on anything that you chose NOT to do/learn/experience, because remember that you will only see it’s real significance down the road when you look back and see what a difference it made (or perhaps, unfortunately, the difference that it could have made).

Have you ever experienced something that you thought was a waste of time, but ended up being really important to your career or musicianship? 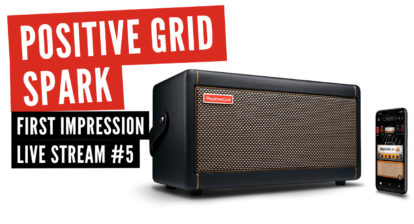