In the world of recording music there are so many options, so many boxes and devices to plug into, so many knobs to twist and turn and so many microphones to choose from that I cannot say with ANY certainty that there’s a “right” one to choose and a “wrong” one to choose. Everything in your signal chain will affect your overall tone, to some extent, so don’t think that it doesn’t matter; remember that making a good recording is all about SMALL decisions; a 2dB cut here, a 1.5 dB boost there… all small choices add up to make a BIG one in the end.

So, with that being said, what choices do we have as bass players? Well, it all depends on the genre, the arrangement, the song, the artist, the producer, the studio, the day of the week, the temperature outside, whether or not a swallow is capable of carrying a coconut across vast distances, and whether or not that swallow is African or European…

I think you get the point – IT’S ALL ONE BIG VARIABLE! There’s no right, no wrong, no worst nor best. The only word I’d choose to use is appropriate: what’s the appropriate bass tone for this song? This question also applies to your playing approach and note choice, groove, technique, and any other decision you make for recording this piece of music. So, what’s appropriate for the song?

Of course I can’t answer this for you because I’m not where you are playing what you’re playing and hearing what you’re hearing. But I can give you some general ideas to chew on that serve me in about 95% of my recording circumstances. Let’s start with the basics:

Obviously, one axe will do, but it doesn’t hurt to have more options; a passive 4, another passive 4 with different pickup configurations/wood types, an active 5, a fretless, a few character pieces (vintage or weird instruments like a semi-hollow, a short-scale or a Ricky). I typically will bring a P bass, an active 5, a fretless and a wild card when I travel to a studio. To be honest, I don’t travel much anymore, as I own my own studio, so I now have the luxury of accessing my entire collection when tracking these days. But 3-4 basses should get the job done for any tracking session.

VERY important, especially if you only got one bass. Changing string sizes and metals will make a HUGE difference in the bass tone of the recording. I typically carry two sizes of D’Addario Nickel and Stainless Steel Roundwounds, a set of Flatwounds, Half-wounds, and something funky like a Nylon Tapewound. Remember that changing gauges of strings will likely cause your intonation and setup to change, so be ready with some tools and knowhow for that; I’ve got some videos on here with Jon Maghini that’ll help you with that 🙂

A good direct box is important because you’ll probably be plugging into one of these. There’s lots of choices: clean DI’s, colored DI’s, tube DI’s, active and passive DI’s… I’ll typically give them one clean, one post effects, and also one from the amplifier (post EQ) so that there’s plenty of mixing options (mixing engineers love this). Some great DI’s are the A-Designs REDDI and the Radial JDI/J48. You can count on the studio having these already, but I always come prepared with my own. Also, they’re hiring you to play bass and so with that comes your tone and what YOU like, so they’ll usually ask you what you prefer.

It doesn’t hurt to have some stomp boxes. Overdrive, distortion, and fuzz are the most common, but envelope filters with expression pedals are awesome, delays, chorus, wahs, octavers, and compressors are cool too. Chances are that if you’re working with a legit engineer he will want to compress you with his own outboard gear (the $3k vintage LA-2A and 1176 probably kick your MXR compressor pedal in the butt). But again it’s always great to have options. I like Source Audio, Voodoo Lab, Aguilar and FEA Labs pedals the most, but there’s plenty of great ones out there.

Direct isn’t the only way to go; in fact some people hate it. It can sound dry and sterile and NOT how a bass sounds in an ensemble. Usually you hear bass from an amplifier, not from the cable plugging directly into your ear, ya know? Micing up a cab is awesome, so choose a good amp with a good tone (I guess I should have said “appropriate,” huh?). I REALLY like the way that 12″ speakers track, because they have a bit of the punch of a 10″ and some of the bottom of a 15″. Obviously if you need punch nab a 4×10 and if you want woof hit the 1×15. I use the Aguilar DB112 cabs in the studio, but I’ve also been known to rock the DB410 as well. I like tube heads for saturation, but I also prefer solid state heads when I want a quicker response.

If we’re using cabs then we need to use a mic. There are some great ones out there, and one my (inexpensive) favorites is the Electro-Voice RE20 – it’s great because it has no proximity effect, so you can get it as close as you want. However, bass amps sound better when miced from a distance because of the size of bass waves (it’s physics), so you’re probably not gonna get up on the grill anyways (unless that’s what’s appropriate – see how this works?). Another KILLER mic is a vintage Neumann U47 FET; you’ve heard it a million times and didn’t even know it. Pretty expensive though, at least $3k and only available used because it’s discontinued. I’ve also had pleasant results with ribbons, like the Royer 121 or 122; but beware because many ribbon mics are figure of 8 pattern and not cardioid, which means you’ll be picking up a bit of the room as well, so make sure your room sounds good! A poor sounding room will result in a poor sounding recording (not only the case with figure 8 mics!).

Of course MANY other factors can be noted, like make sure you’re warmed up, both physically and mentally, and be prepared and on time. But these are just a few of the things I like to bring to the studio for recording dates. What do you bring? 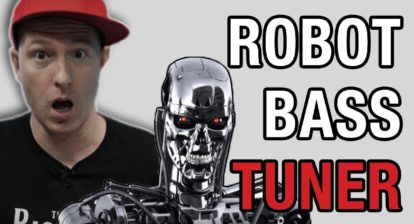 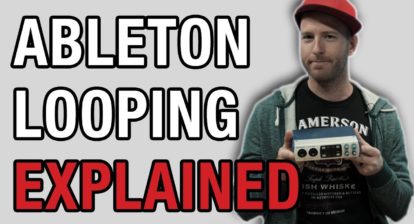 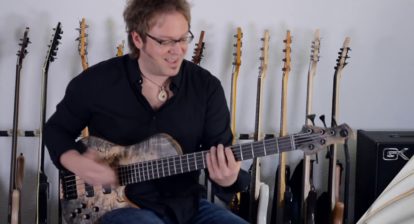 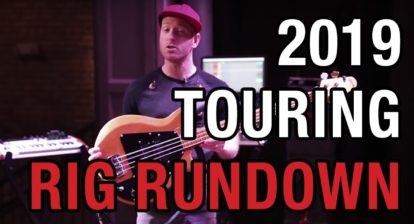 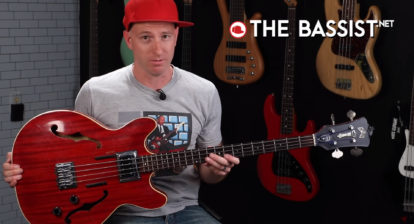 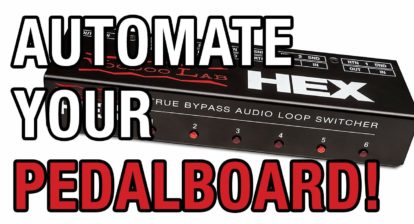 Automate Your Pedalboard with the Voodoo Lab Hex
May 30, 2019
2 Comments
Comments are now closed for this post.