Glad to see you back my friend I hope everything and everyone is doing well, hey will studying music help me to start playing by ear completely? Cause I have been told a true musician plays by ear only no sheets, people who studies music, will be chained to the music stand and they want to be a true musician!!!!????? So can you please give me some solid info on this, I am really confused about it all!?

Thanks for reaching out Scotty – I’ll do my best to shed some light on this for you! First of all, and this is not an attack on you personally or your question, but I must state for the record that I really hate these kinds of arguments. Statements like:

Granted, I’ve been on this planet for only 32 years now, but it would seem that with every passing hour I am reminded of how little I know; how wrong I’ve been in the past and how much more I have to learn about life, music, the universe… Everything. So, suffice to say that anyone who starts out a sentence with nonsense like those aforementioned clearly has no idea (in most cases, mind you) what he or she is talking about.

So, having said that let’s approach your question with that in mind. You initially asked, “Will studying music (theory – I assume that’s what you meant) help me to start playing by ear completely?” My answer would be a resounding:

Unless of course you’re studying ear training, which is also a very important aspect of studying music and music theory. If you want to learn how to better play by ear then studying those particular practices and training your ear to hear certain sounds and associate them with certain shapes or places on your bass – then that’s what you would need to study – since that is your goal.

Of course that’s not to say that there’s no benefit to studying music theory in tandem with with studying ear training; this way you’ll also get specific words to associate with those sounds/shapes. And as an added bonus they’ll also be words that other musicians are familiar with. For instance, if I asked you to play a Dm7(b5) over this riff that I wrote, it would make sense to any musician who has studied traditional music theory (since we’re all speaking the same language). But if I asked you to play a Red Dwarf Chord, or anything else that I’ve made up to associate with the sounds that I’m making, I’d probably get nothing but blank stares. That, and an invitation to leave the gig.

So if you want to improve your ear I suggest studying ear training exercises, but I’d recommend studying them together with music theory in order to beef up your vocabulary as well. Why not? Check out Ignite Musical Training, which is a program that I designed to give you exactly that.

Now, for the more troubling aspects of your questions about being told that “a true musician plays by ear only no sheets, people who studies music, will be chained to the music stand and they want to be a true musician…”

Well, if a true musician only plays by ear then a true actor doesn’t read his script; he improvises his lines and expects that they’re good. A true athlete doesn’t study strategies or playbooks; he throws the ball and hopes it goes in. A true chemist doesn’t need to know the Periodic Table of Elements; the explosive ones are obvious, aren’t they?… I could keep going but I think you get the point 😉

And you’re only chained to your sheets if you allow yourself to be. I know how to read and I’m not chained to anything… So, I guess that one’s easy to disprove. All in all, I have to say that this kind of advice that you’ve been given in the past is dangerous, lazy, and outright idiotic. Avoid such people, they’ll only lead you astray.

In the mean time, study whatever your heart desires! The more you know, the less ignorant you’ll be (duh!) and therefore you’ll see possibilities rather than limitations. Education is always the answer. Many would fear the unknown because it’s, well, a mystery. However, most of us have found out that learning about our fears, our shortcomings – our ignorance – hasn’t made us worse for it, but instead made us stronger. Better. More aware and more alive than ever.

I hope that helps Scotty, and please don’t hesitate to ask if you need any further help or guidance on this topic! 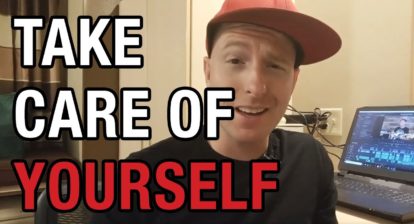 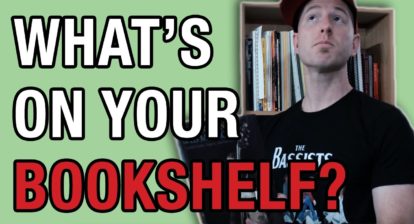