I’m currently writing this blog post from the beautiful city of San Diego, CA, which is where I’ve had the immense pleasure of staying for the past week while on tour with The Bookouts. I love this city for a number of obvious reasons, and it’s always a joy when I come back. Actually, we’ve had the pleasure of playing here in this same venue for the past three years and I look forward to this week EVERY summer.

Because I get to surf.

Now, don’t go getting any crazy ideas; I’m a horrible surfer. Just terrible. I might not even catch ANY waves while I’m surfing, I mostly just wear myself out trying to time the waves just right, or getting myself out to where they’re breaking. And IF I do get out to them and time them right, I just eat it most of the time. In fact, yesterday I got demolished by a wave that was WAY too big for me. I’m still chewing on sand today, and water pours out of my nose every time I bend over. Good times.

So even though I’m just an awful surfer, I love being on the open sea and connecting with the ocean. It’s magical to me. But I’m not going to go on about how horrible of a surfer I am, but I’d like to talk for a bit more or less about hobbies. Cuz here’s the thing; I only ever surf during this one week. This ONE WEEK out of the entire year is the only time that I go to the beach and wreck myself.

And every year I say to myself, “Man! I gotta get out and do this more often!” I live in Southern California and the beach is always just a 30 minute drive away, so you’d think it would be easy to make such a commitment. But every year it goes like this:

– I’m gonna surf at least once a week for sure!

– Definitely, surfing once a month, just as soon as I get some extra time.

– As soon as it gets warmer, I’m gonna try to go surfing.

– I can’t wait for the San Diego leg of the tour this summer so I can surf!

It’s funny how LOW on the priority list this hobby falls into, considering how much I REALLY ENJOY IT. It’s easy to squeeze a few waves in while I’m on the road because there’s always gigantic blocks of time between travel, load-in, soundcheck, and the actual gig itself that it’s easy to sneak away for a few hours. But if I like it so much, why don’t I ever do it throughout the year?

The truth is that I just don’t have the time. My day begins at 5 am every morning, and I go pretty solid, pummeling through daylight into the night, work work work work… I’m so busy with other things that I have “no time” for my hobbies.

Come to think of it, I don’t even have any hobbies!

Between teaching, practicing, recording, touring and performing, filming lessons… I don’t do much for “fun,” really. And this is a terrible thing, believe me. I trick myself into justifying it by saying “I just love my job so much that it’s like a hobby in and of itself.” Not true. If you’re always working then you’re always AT WORK. You need to get away, and I’m as guilty of this as the next guy.

So where’s the lesson to be learned here? Well, I know that I need to get out more and do things that aren’t music related. I’ve known that for a lifetime. Hopefully I’ll make it out and catch some more waves this year. But how does this apply to you? What are some things that are getting in your way of LIVING? Because your work is not your life – you work so that you can HAVE a life. Don’t get the two confused.

Maybe you have the same problem that I have, doing so much music that you feel like you’re missing out on what’s happening around you. Maybe it’s the opposite – you’ve got so much going on that you don’t have time to spend with your bass, or perhaps as much time as you’d like to. Maybe you’re somewhere in between.

So, what are you gonna do? 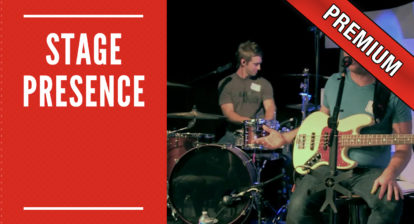