Hi qbass600, thank you! I’ll do my best to help elaborate on this for you. First, let’s establish group-performed music as two scenarios: Orchestrated and Improvised Music.
Orchestrated Music
I agree with you, syncing up with drum fills like this is easiest to do in scenarios where you and the drummer know what you’ll be doing ahead of time (that’s pretty much what the word Orchestrated means, afterall). Obviously, this can be done in the studio when you are recording music because you’ll have plenty of time before takes to plan out what you want to play. Also, these days it is quite common for each element of the song to be recorded at separate times (and sometimes in separate cities, states or even countries!) so I’ll usually wait for the drums to be completed and comp’ed before recording my part – that way I can sync up with all of the fills perfectly. But how would this work live on a stage?
Well if you think about it, doing this live isn’t really any different from doing it in the studio. I mean, your singers have agreed to sing the same lyrics that they sang on the recording and your harmonic instruments have agreed to play the same chord progressions that they played on the recording, so there’s no reason to think that the kick patterns, grooves and drum fills would be any different. Just like we learned last week, you and your drummer can both agree to what the kick patterns will be and you can also agree to what the transition fills will sound like, doing your best to execute them the same way on stage as you did in the studio. The resulting sound will be a tight, intentional (and hireable!) rhythm section.
Improvised Music
It’s easy to think that the “rules” would be different here, given that there’s little or no time to do any communicating beforehand, but the “rules” can actually be the same here (assuming that’s what you’re trying to go for). The only difference here is that this communication typically happens in real time, not beforehand. I’ll give you some examples for how this type of thing works in an improvised or jam scenario:

I hope this was helpful! Please don’t hesitate to ask if you have any more questions! 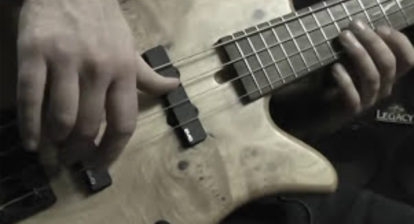