I wrote last week about your brain, and noted some simple steps about how to make it healthier. I take my physical health very seriously, and for good reason – if you don’t have your health, you don’t have anything. But I don’t think the average person puts nearly enough effort into their brain health as well as their physical health. It’s equally as important, if not more important – especially as we age.

Why is it so important? Well, I think the answer can be found in two of my favorite people on earth. I look at legends Mel Brooks and Carl Reiner with amazement – it’s not just the incredible body of work that they did in their younger years, my favorite movies and characters, but it’s the fact that these dudes in their 90’s are still so sharp! Check out this interview with Mel from 2016:

I don’t know about you, but I rarely meet people in this stage of life with this kind of vigor, stamina, intensity and awareness… It’s both remarkable and delightful to see, especially since Mel is a childhood hero of mine. So what’s the secret? How do they do it?

Your body will age, we can’t control that, but getting old is up to you. I really do think you have a choice – a choice to use it or lose it. And as you can see, this applies to much more than just music or creativity, but also to the quality and the longevity of your life. Take care of your body and take care of your brain, and keep them sharp! I’m hoping to have moves just like Mel in 60 years 🙂 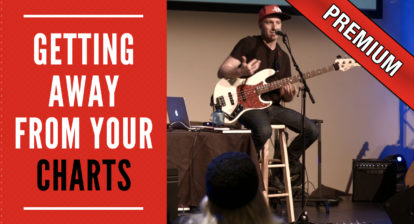