I would love to hear your opinion on pinky technique, though. It is so short that it only reaches the E string when completely stretched, with a lot of strain to tendons and joints. For example, the G minor pentatonics starting on the E string has the pinky on the 6th fret E string. I keep hurting myself when I try to play that (stinging pain in the finger an hour or two later when I grab something) and I have not found any technique yet to avoid that.

Thanks for reaching out – I’ll do my best to help you out with this issue as best I can. First, let me update everyone else reading this right now: I received this message via a YouTube comment on the Basic Left Hand Technique video from my intro series called The Bassics. In that video I describe a specific technique that utilizes a 3 fret spacing instead of a 4 fret spacing. If you don’t know what I’m talking about, just watch that video at around the 02:20 mark.

Because the pinky and the ring finger are weaker than the other two, and given the scale and size of the double bass, it’s just impractical to try and use then individually (not until you get into Thumb Position, which does not apply here), so they are used together in conjunction with one another. So I’d recommend trying that on your bass guitar as well, Doc. Think of it like this; you now only have 3 fingers; your index is #1, your middle is #2, and #3 is your ring/pinky fingers (which are now one finger, collectively).

Again, this isn’t anything new or special or innovative; double bassists have been doing it for nearly three centuries. So the way that I apply it to the bass guitar, again as I mentioned in the video, is by using it anywhere below fret 7; above that point I switch to a 4 finger/fret spacing. But – if that’s too painful for you (for whatever reason, no judging here) then perhaps try tethering those two smaller fingers together across your entire neck? They’ll strengthen each other and you’ll be amazed at how fast you’re still able to play even if you only use “3 fingers.”

Give it a shot and tell me what you think Doc! As always, thank you so much for reaching out and I hope it works for you! 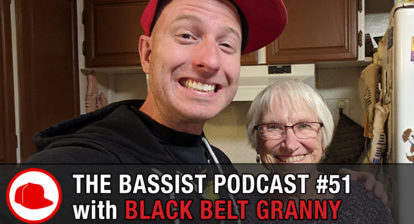 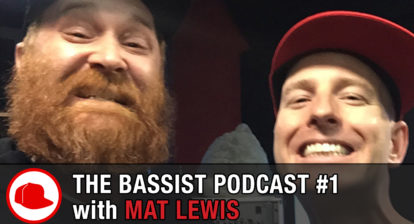