Besides the ‘Fact Man’ and the severe (and obviously intentional) awkwardness of anyone NOT playing an instrument, this video is just killer. I’ve seriously watched it about 6 times already. No joke! It really does take a few times because there’s so much great information (and killer playing, too!) in there! Watch this video below and you’ll see what I mean:

I think I saw this video first as a post on Facebook from one of the online bass communities that I follow and it blew me away. Not only was it a clever way to display the history of the bass but also pop music in general – from the 17th century until now. At each instrument change I became more and more impressed…

At first the Da Gamba… Not my favorite sounding instrument, due in part to the mean-temperament tuning and gut strings, but very well done considering this Period instrument. Then the Dragonetti Concerto… WOA! I never got mine to sound like that. Ever. This is a piece that every classical bass player will study, and very few ever achieve excellence with it; it’s sort of like the Donna Lee or Classical Thump of the String Bass.

Then he switches to a French bow from a German? Very few bass players can do this efficiently. And of course his Bottesini and Koussevitsky were superb as well. No surprise there! And then there was the switch to jazz, which to be honest wasn’t a surprise, because most exceptional classical Double Bassists can hang with jazz too. But what kicked me was the switch to electric bass…

I know very few classical bassists who can hang with Baroque and Classical musics, jazz, AND have a great feel on the electric bass too (on which this guy is no slouch!). Honestly, I know very few classical players who can groove. It’s been my experience that it must be in their genes, you’re usually one or the other (not just bass players but ANY cross-over instrument, like violin vs. fiddle).

Believe it or not, this is information I usually NEVER divulge, because it has cost me the gig before… I found out from a country producer that I didn’t get the job (he had never heard me play before) because he found out that I was a classical bassist, and vice versa from composers (because I primarily play electric bass). So again… really impressed with this dude!!!

And then we hear about 35 of the best bass lines from the past 60 years or so. This video really was too cool, and like I said I watched it multiple times, not only to see him play but also to read all the words on the Fact Man’s sign and take note of the Artist/Song/Year displays.

I’m partly sharing this video with you because of its awesomeness (obviously stated in the preceding paragraphs). The other reason is because it’s so cool to see how far we’ve come, not only for music itself but also for THE BASS as an instrument. Setting aside the musical styles themselves, look at how much has changed for the bass between 350 years ago and now. It went from a 6-string fretted instrument to a 3-and-then-4-stringed fretless instrument, to something with electronics and back to frets, then no frets again, then purely digital… And all the while, as things were changing, notice how much didn’t change.

If you listen to “classical” music (most of what you would call “classical” isn’t actually Classic at all, but that’s a topic for another time) then you notice that the bass instruments (tuba, cello, bass, bassoon) have a generally supportive role, defined of course by the period and style in which it appears. That still holds true today, and in many cases (especially with the famous bass lines played in this video) the bass line actually DRIVES the entire song.

And what about bass soloing and complicated playing? Most people would accuse the Jazz-o’s of the 50’s through the 70’s for making this style of playing so popular, but check out Domenico Dragonetti – he was tearing up the bass as a featured SOLO instrument as early as 1780. Imagine that… Bass players playing featured melodies (not just roots and 5th’s) 300 years ago!

A lot has changed for us, and yet at the same time much has not. I’m proud to participate in the evolving history of this instrument and I can’t wait to see where we’re taking it! Enjoy this video (a few times, hopefully), and enjoy being a part of history in the making! 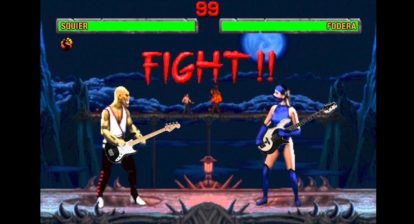 Squier Bronco vs. Fodera Monarch
July 5, 2019
Why I started the Ghost of Christmas Pepper
December 12, 2013 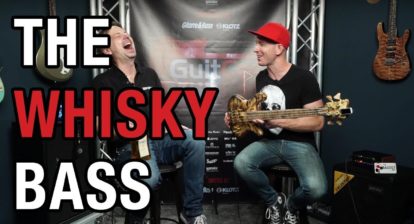 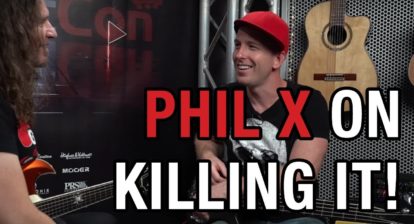 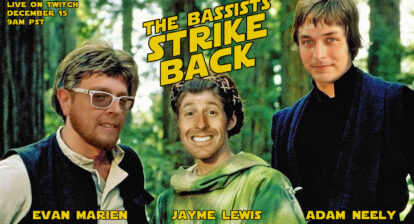