Do yourself a massive favor and take 6 minutes away from whatever it is that you’re doing now to watch this clip from the Wrecking Crew extras. And if you’ve seen it already, that’s ok. Press pause on life and watch it again; there’s some serious gold in here. We’ll chat about it afterwards:

I don’t even know where to begin with this video – the level of awesomeness is astounding. I guess we could start with the simple and obvious fact that M*A*S*H is the greatest television show in the history of the world, that’s a given.

Right off the bat we get an amazing nugget of gold – that even the greats have bad days. Of course, I’m not just talking about Chuck, because initially we’re led to believe that Tommy is struggling with this too! I love the fact that two things instantly stood out to Mr. Rainey – 1. that thankfully someone else made a mistake and 2. that “This was Tommy Tedesco.” Not only was this particular musical passage tough for the legendary Chuck Rainey, but also for the Guitar God himself. Let it be known that our heroes struggle with the very same things that we struggle with – ledger lines, faster tempos, pressure, stress, insecurity… Perhaps it’s just not as often as we simple common folk 🙂

Of course, around the 3:00 mark of this interview we learn that Chuck’s reaction was actually incorrect; Tommy didn’t make a mistake afterall. Or at least not a musical one – perhaps he was making a career mistake by putting his neck out on the line for someone he didn’t know?

Talk about humility! If you think about it, that’s perhaps one of the most humble moves anyone could make, let alone someone in Tommy Tedesco’s position. Seriously! Put yourself in his shoes: You’re at the top of the A-List, this new blood from (dun dun dun!) New York City (gasp!) is coming in and trying to play with the big boys, you’ve never worked with him before and you don’t know much about him, and he’s showing you that he can’t hang. What do you do?

I don’t know about you, but “Put my reputation on the line and take two bullets for him” was not the first thought in my head. Nor was it the second or third. To be honest, it wasn’t even on the radar. It seems so simple, but this was huge! Tommy put his pride, his ego, his reputation and potentially his livelihood on the line for Chuck. This goes far beyond the golden rule of Treat others the way you want to be treated. This level of kindness more or less resembles Treat others the way you wish someone had treated you. Chuck remembers this as remarkable kindness, but I think it belongs in another, almost otherworldly, category altogether! Talk about showing some grace!

I could keep going and going on this, because it’s beautiful and it’s everything I hope to aspire to achieve as a musician, as a professional, hell, as a human being! But I think I’ll leave you with this – towards the end Mr. Rainey leaves us with an elegant paraphrase from Tommy himself – “You’re a good player, you’re here for a reason, don’t be afraid of this shit.”

‘Cuz fear will do that to you. 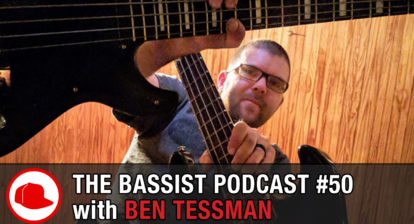 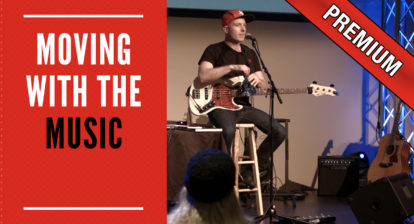 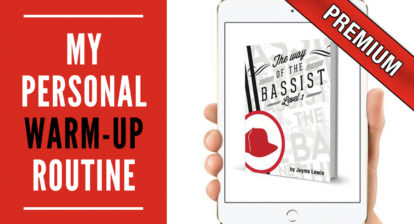