Bassists, meet Adam Neely. He truly is an amazing bass player, educator, composer, YouTuber… and probably a lot more. Adam was kind enough to answer a few questions that I’ve had for quite some time. I think you’ll find his responses as interesting as I do.

TB – What I believe to be most impressive about your YouTube channel is the type of content that you produce. It’s not your typical “here’s how to play a cool slap lick” tutorial that most of us (myself included) are guilty of. It stands out because it’s interesting, thought-provoking and riddled with wit. So to put it bluntly – where the hell did that come from? Was it intentional or did you just stumble onto it?

AN – Thanks! I’ve been uploading videos sporadically since 2006, but I started doing YouTube regularly in 2015 because I was quite enamored with Mike Rugnetta and the PBS Idea Channel – an education channel that focused on media, pop culture, and philosophy. I love the ways he found of relating pop culture and digital literacy to ways of knowing, and put together very insightful, thoughtful videos that made me excited to learn more. My original thought was I wanted to do the same, but for bass guitar….kind of a weird idea, but it was the driving focus among a lot of my videos between 2015-2016

That focus has shifted slightly to music in general, but I owe a lot of inspiration to Idea Channel, as well as other educational/edutainment channels like VSauce.

TB – The first time that I came across your work was a video of yours called “How and why classical musicians feel rhythm differently.”

I’ve been hooked ever since. Your musical intellect, along with your presentation, is not only impressive but also inspiring. In less than 7 minutes you described something, in eloquent detail, that I had struggled for years to put into words (being a classical musician myself). All flattery aside, your voice on Google’s prized platform is very unique; how did you find and develop it?

AN – That video in particular was the result of years of discussion with other jazz musicians who worked with classical musicians, and the conversations I had with them about the best ways of trying to understand why it was hard to “lock in” with them. It was a topic I was interested, and passionate about, and nobody had said anything on the subject yet on YouTube, so I made a video about it.

Basically, I try and make videos on things that I find interesting, and topics that I’ve come across in my experience as a jazz musician and working musician in New York. I try and think critically about the music that I’m playing and listening to, and I make a point to talk with other musicians about these things. I’ve always been passionate about teaching, and so over the past several years, I’ve experimented with best practices in distilling this information down to core nuggets of information for the YouTube medium that I hope serve to edify as well as inspire.

Also, I watch a lot of other educational video for other subjects, and I hope that I can deliver a similar personality-driven approach for music.

TB – I admire this old saying, that “There’s no substitute for hard work.” Outputting nearly 1 video per week (at the highest level of quality that you do), how do you balance the workload between your YouTube channel and practicing, learning, gigging and, well, life?

AN – Poorly! Haha, I’m in a constant state of panic, but I’ve lived this way for the past three years. I’ve only ever missed one Monday upload in those three years, and just because I wanted to get that video right (What does music mean?). I also try and balance difference kinds of content – I do frequent Q+A videos, and those are generally a lot easier to put together than others.

It helps to have a habit. Habits are hard to break, for better or worse.

TB – What advice do you have for aspiring bassist-YouTubers (asking for a friend) who are trying to cut through the noise?

AN – Create content consistently, and do something nobody else is doing. If you’re doing something that somebody else is doing, chances are, they’re doing it better, because they’ve been doing it longer than you. It will take a long time to find your niche and find your voice – it took me 12 years. Find something you’re passionate about, and don’t be afraid to do something just because you think people won’t like it.

TB – It’s been said that music is much more of an art than a science. Being that so much of your content is rooted in fields such as history, physics and neuroscience, have you always been intrigued by the keen relationship between these two practices?

TB – When you posted The Maple Leaf Rag on YouTube, nearly 12 years ago from the publication of this article, did you ever think that it would turn into what you’re doing today?

Haha, no, definitely not. Even when Pomplamoose showed the world that it was possible to make music on YouTube a career back in 2008/2009, it never really clicked until relatively recently.

TB – I have a hard time justifying the costs of recording and releasing original music nowadays (which I really haven’t done since 2012). When I type in your name in Spotify, only two songs pop up. Is there a specific reason why you don’t release more original music?

AN – I have plenty more of my music released on bandcamp, and I have a band, Sungazer, that has its music on Spotify. For the most part, though. I’ve avoided uploading my music to streaming services because of how poorly it compensates artists, but I’m slowly being dragged – kicking and screaming – into the present day.

Justifying the costs of releasing original music is kind of hard, yes. I know of precious few people who even begin to recoup their investment, and they never recoup their investment through album sales/streams alone. But I do it because I sometimes have a story to tell, and the only way of doing it is to record it and release it.

TB – You’ve got lots of subscribers on your channel and tons of views on your videos, so I’m assuming that you’ve also fallen prey to an exorbitant amount of criticism and trolling as well (forgive me if I’m wrong). If so, how do you deal with negative feedback, or do you even try?

AN – Sometimes negative criticism is in good faith, and that just takes letting go of your ego in order to hear it and accept it. Some is in bad faith, and that’s a little harder to deal with, especially when there is a kernel of truth to it.

Most of the time, however, it’s just trolls. I troll back, frequently. My favorite strategy is to simply apologize to the troll, profusely, and repeatedly. That’s always funny.

TB – I know you read books. You have to. What are you reading right now?

AN – Haha, right now I’m reading “The Listening Book” by W.A. Matthieu, it’s a fantastic book with all sorts of mini-essays and vignettes about music. I also just finished reading Cat’s Cradle by Kurt Vonnegut, great book, and great author!

TB – You can live in any time period in history; when is it and why?

AN – Now! There are so many exciting things happening in the arts and in culture, and for how scary the news cycle is, we as humanity are living in the most peaceful and prosperous epoch in all of world history. There is, of course, a lot left to do, but its hard to deny that it’s better than it ever was. As much as I love learning about history, I know that I’m very privileged to live now.

That said, I would love to check out the Library of Alexandria before it was burned down, wiping out untold volumes of books and collected human knowledge. I would love to learn about what exactly was lost.

TB – Any pieces of gear or software that you couldn’t live without?

AN – Ableton Live! It has it’s quirks, but I know the software well, and it can do some things very well that other DAW’s can’t. Besides that, I’m not much of a gearhead.

TB – Not a trick question, and we can still be friends regardless of how you answer: P or J?

AN – P, always and forever.

TB – I’m always curious to ask this one: why the bass guitar?

AN – I like the feeling of control that the bass guitar affords me. I play bass, guitar, and piano, and I love all of the instruments for different reasons, but the sheer force of the bass is something that I fell in love with. You can change so much in how the music moves – in how it breathes – just with one note. No other instrument gives you that control over the ensemble, and I love that feeling!

TB – Anything on the horizon that you’re getting ready to launch?

AN – Yes, but I’m not ready to announce it just yet! Many cool things are coming in the next year, though.

TB – I end every episode of my podcast with an instruction to “Watch your step.” It roughly means to look where you’re going and to have a plan for getting there. Do you have any such motto or phrase that you to live by?

AN – I like the phrase “ever upward and onward” – my teacher Jim McNeely would say it frequently. I understand it in the sense that we musicians all are working and improving with every project we undertake, and that there is no finish line. There is no final goal. We never will feel “done.” There are always more things to try, more avenues to explore, and more music to make. It’s important that we learn to embrace this cycle as a state of being, and not get caught up in end results. 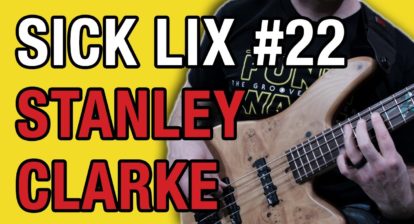 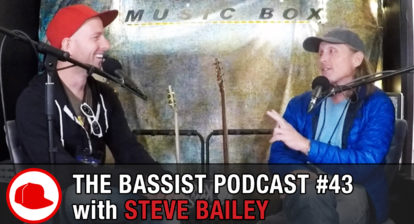 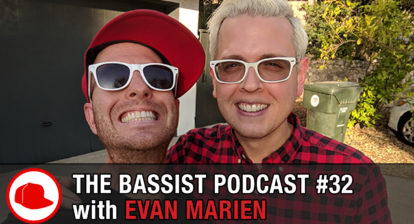 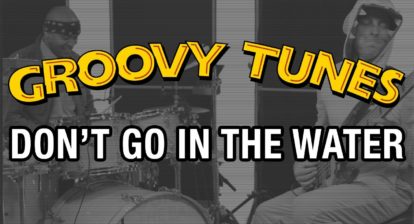